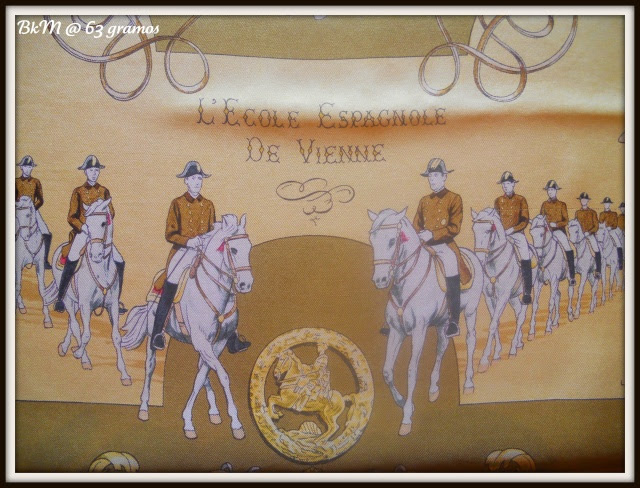 Yesterday I received a scarf that I'd been looking for for a long time. Unfortunately, it wasn't in great condition but I carefully washed and ironed her (thank you Lily for your advice on this subject), removed the appalling care tag which was falling apart and... voilá! she's become one of my most beloved jewels! Let me present a brief profile of this beauty!

The Spanish Riding School of Vienne, a significant part of Austria’s cultural heritage, is not only the oldest riding academy in the world, it is also the only one where the High School of Classical Horsemanship has been cherished and maintained for over 430 years.
The School takes the Spanish part of its name from the horses which originated from the Iberian Peninsula during the 16th century and which were considered especially noble, spirited and willing and suited for the art of classical horsemanship. Today’s Lipizzaner stallions are the descendants of this proud Spanish breed, a cross between Spanish, Arabian and Berber horses, and they delight horse lovers from all over the world with their performances. 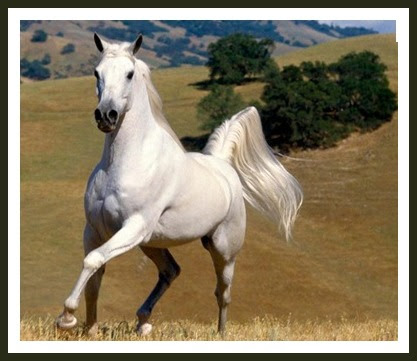 In 1729 Emperor Charles VI commissioned the architect Josef Emanuel Fischer von Erlach to build the magnificent Winter Riding School in the Hofburg Palace; it was completed in 1735. A portrait of the monarch graces the splendid baroque hall in which the riders of the Spanish Riding School train their Lipizzaner stallions and show off their skills to an international audience during the public performances. 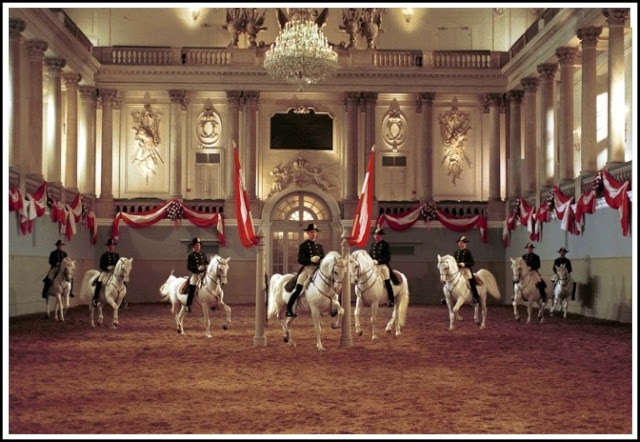 As usual, Philippe Ledoux knew how to capture the essence of both the architecture and the show, the equine figures are wonderful, the sense of movement and elegance are impeccable. 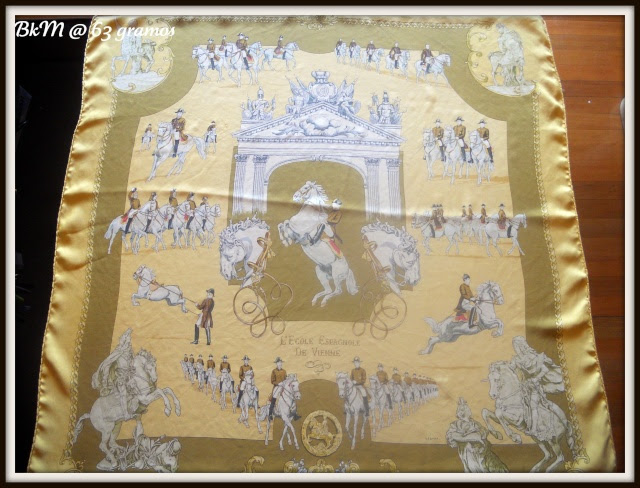 The budding rider has to overcome many challenges on his long journey from inexperienced cadet to fully qualified rider, perhaps even to chief rider. Depending on each cadet’s individual talent and personal commitment it takes approx. 4 to 6 years to leave the supervision of the Stable Master and achieve the career jump to the position of an assistant rider.
A cadet’s early years are spent learning not only proper horse care and maintenance, but also the correct handling of all the equipment: saddles, bridles, everything needs to be painstakingly cleaned, neatly stored and properly used.
It takes around 8 to 12 years to successfully achieve the status of a fully qualified Rider, years in which many give up and only the very best persevere. 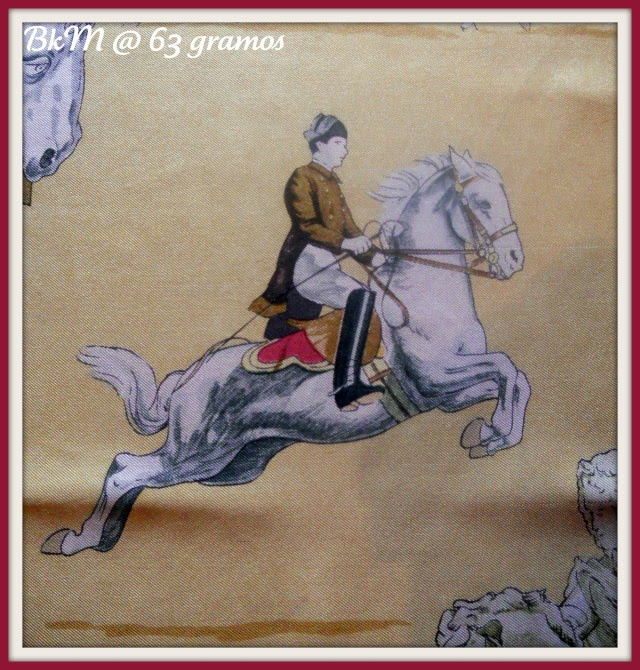 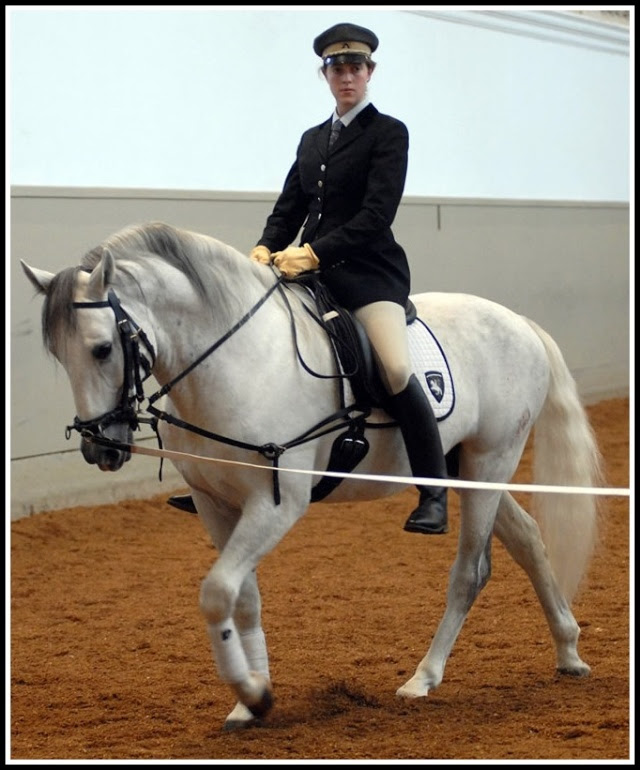 Riders of the Spanish Riding School wear the traditional brown coat, hat bicornis, white pants, white gloves and black suede boots. This style of clothing empire has long been the uniform of the school and has remained unchanged for two centuries. 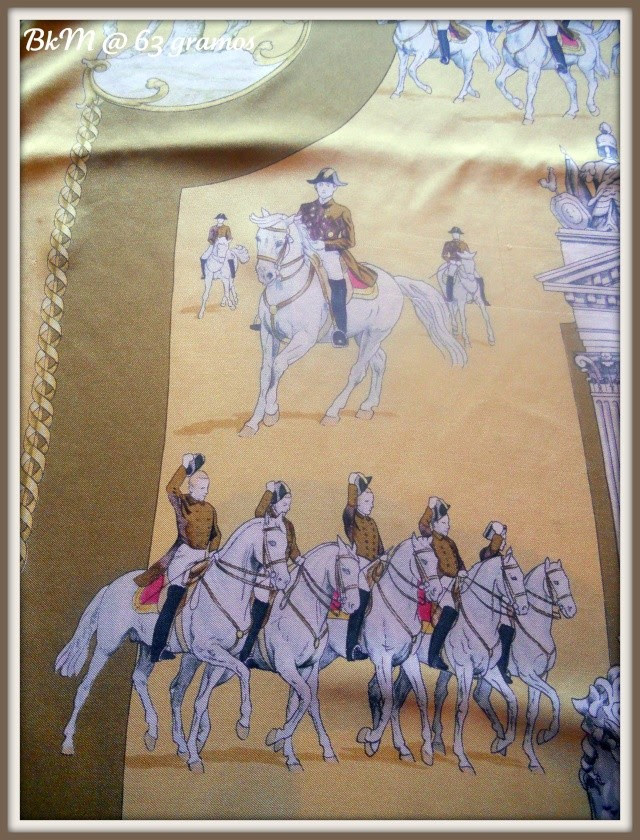 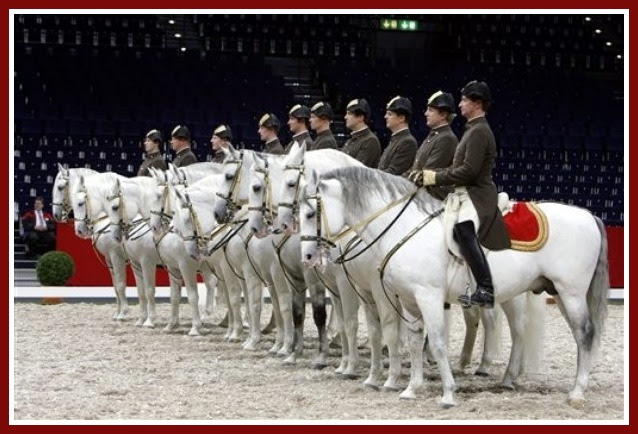 The Imperial Summer Festival is a celebration in and around the Spanish Riding School, which gives life and color to the summer in Vienna. It is a wonderful show that promotes and enables the Spanish Riding School to open its doors to locals and tourists and at the same time breathe life into the festivities, while reviving the ancient traditions of Vienna. 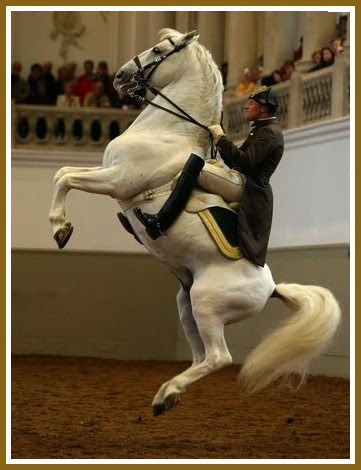 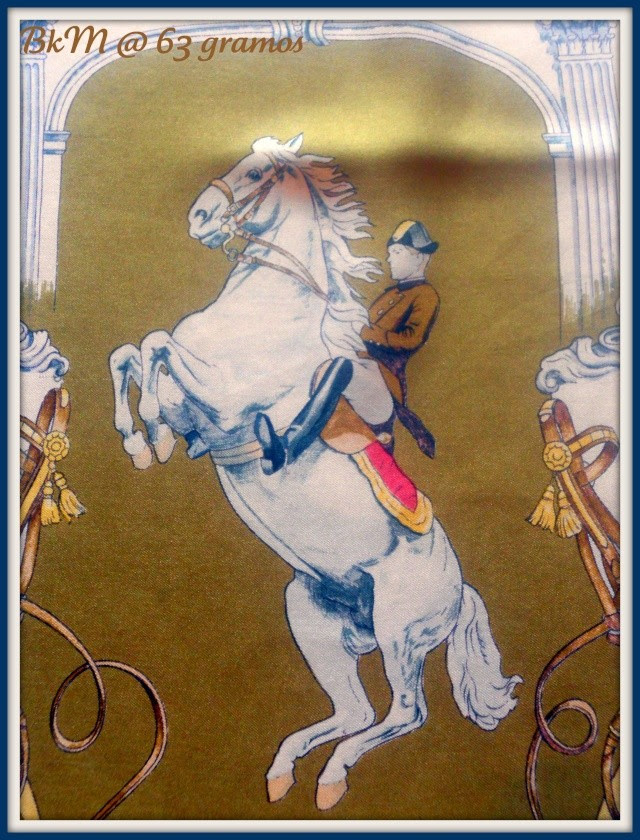 Dear Holsby shared a picture of a Lipizzaner with me and kindly accepted that I posted it here, it's called Levade - Spanische Reitschule, it was made by Augarten porcelain factory in Wien.  Thank you so much, dear friend! 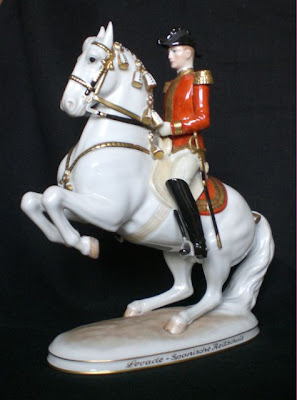