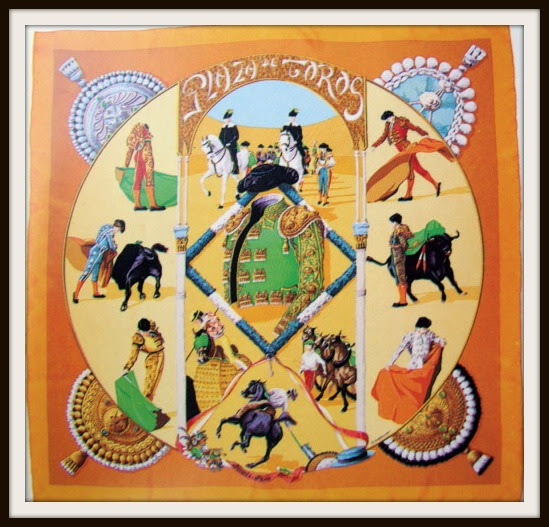 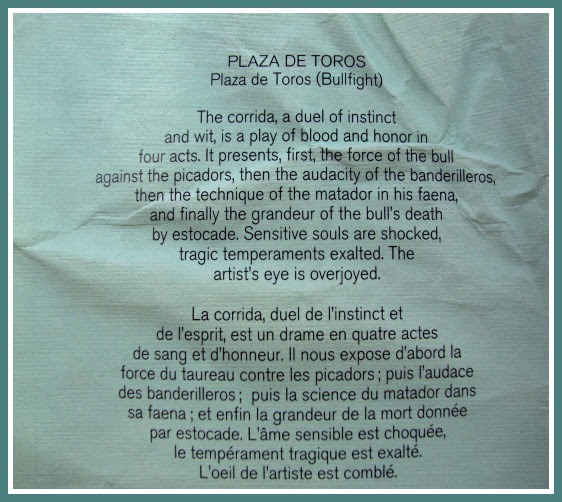 Not only is Hubert de Watrigant a brilliant equestrian painter but he is also a connoisseur of the world of tauromaquia, the art related to bulls and bullfighting as we can see in many of his paintings: 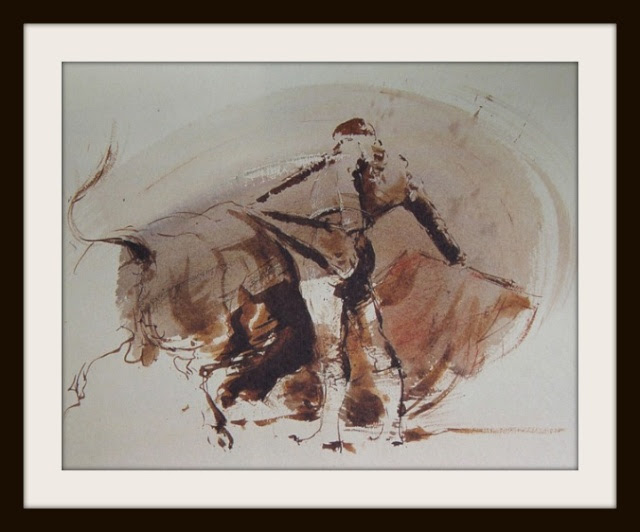 In Plaza de Toros he depicts the traditional elements of a classical Corrida de Toros. The scarf is designed around a broad circle which represents the bullring (La Plaza). In the very center we can see the entourage of authorities (alguaciles) who officially open the corrida, the montera (matador's hat)  two pairs of banderillas and a Matador jacket (la chaquetilla). 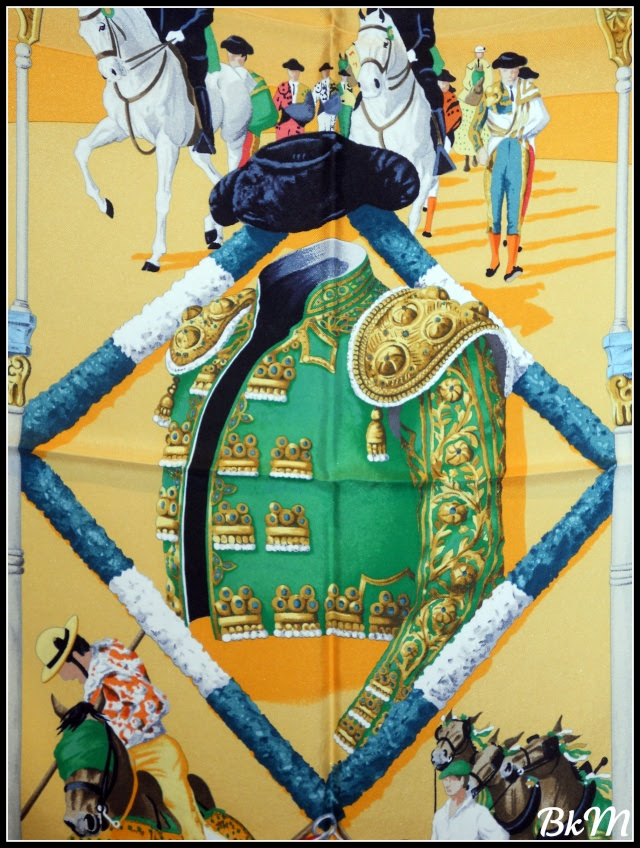 This is the main piece of the Traje de Luces (Suit of Lights) called so for the reflections produced by the thousands of hand embroidered sequins and gold thread. A suit of lights can cost over 4000 Euros and some of the best known toreros wear it only once. Until the 18th century it was made of suede but since then is made of silk and adorned with gold for the matadors and silver for the banderilleros, the hat called montera, is made of astrakhan and lined in taffeta. This is a detail picture of the back of a chaquetilla: 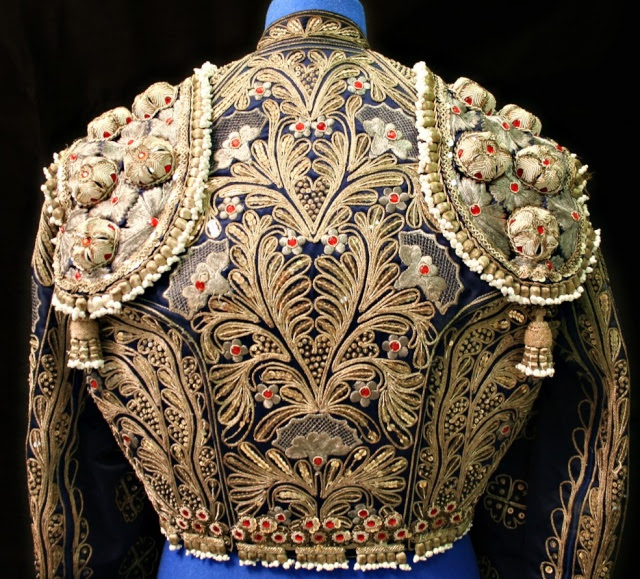 Since the Traje de Luces is entirely hand made by accomplished artisans, it's not wonder that it inspired fashion designers like Galliano, Dior, Gaultier, Lacroix, etc: 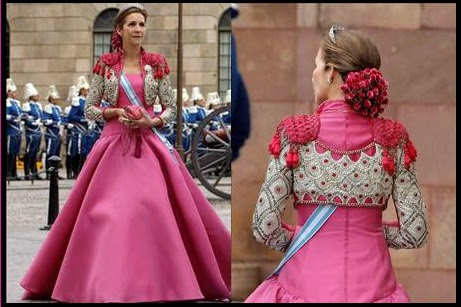 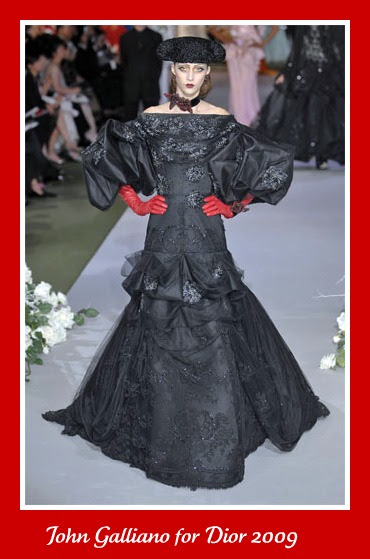 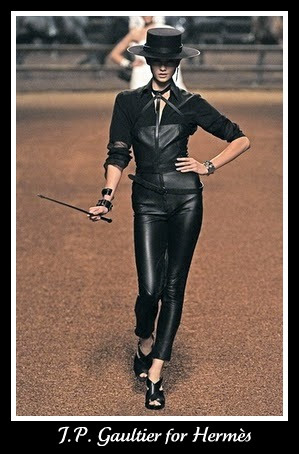 Bullfighting and art have always walked hand in hand. The visual intensity of bullfighting has greatly fascinated plastic artist like Goya, Picasso, Dalí or Miró:

Back to the silk, we can see other characters depicted on the scarf, like the Mozo de Mulas, Picador and Rejoneador (shown in the next pictures). Around the central motive, there are toreros performing different pases, meaning different figures of bullfighting art: Verónica, Pase de Pecho, Natural, etc. In the corners we can find four alamares, traditional decorations on a classic Traje de Luces. 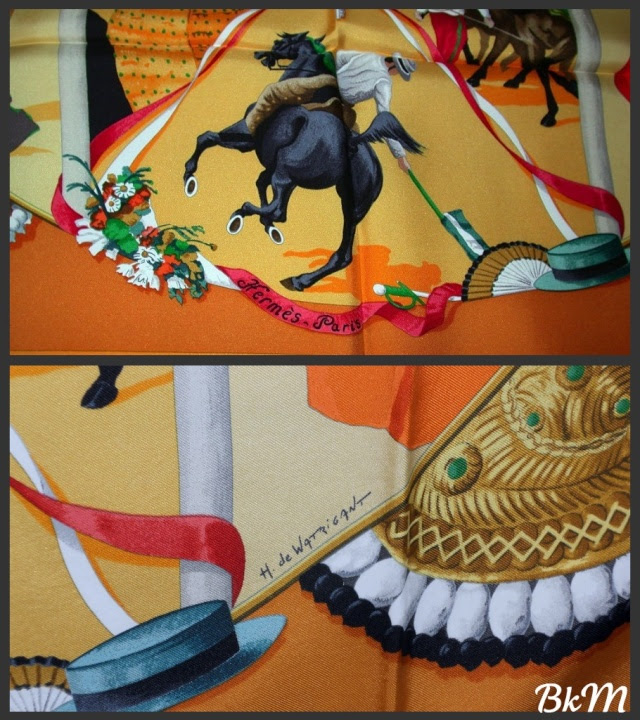 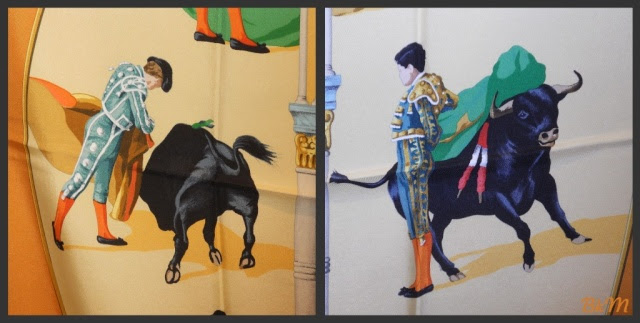 Although it's the most popular, Plaza de Toros is not the only Hermès scarf inspired by bullfighting, Toros, by Hugo Grygkar is its predecessor from 1952, this scarf is a real rarity, I'll post more pictures of it in my future review on "The rarest Hermès scarves" 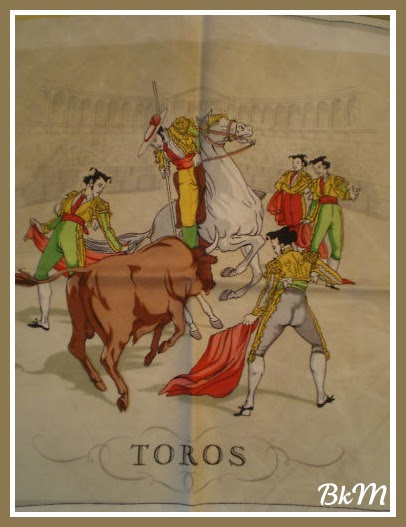 Although bullfighting is a sensitive issue for many people, it's also unquestionable that it has drawn the attention of several celebrities from the world of art, like Ernest Hemingway, Grace Kelly, Ava Gardner, Greta Garbo, Charlton Heston, Orson Welles, Mario Vargas Llosa, Mme and M. Sarkozy, etc. 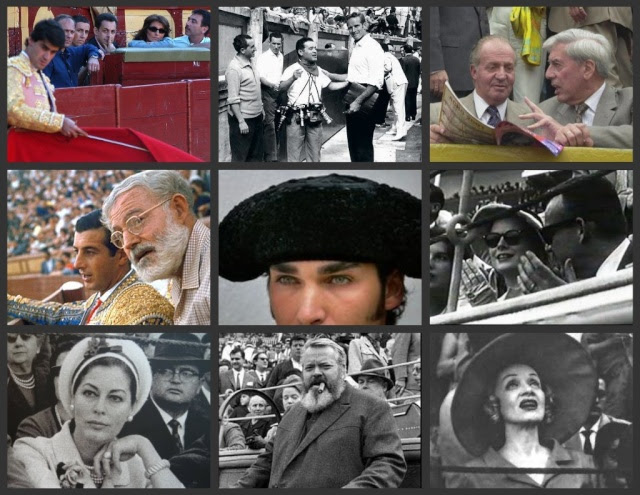 Let's say hasta luego by now with a display of different color ways of this beautiful H. de Watrigant's design: 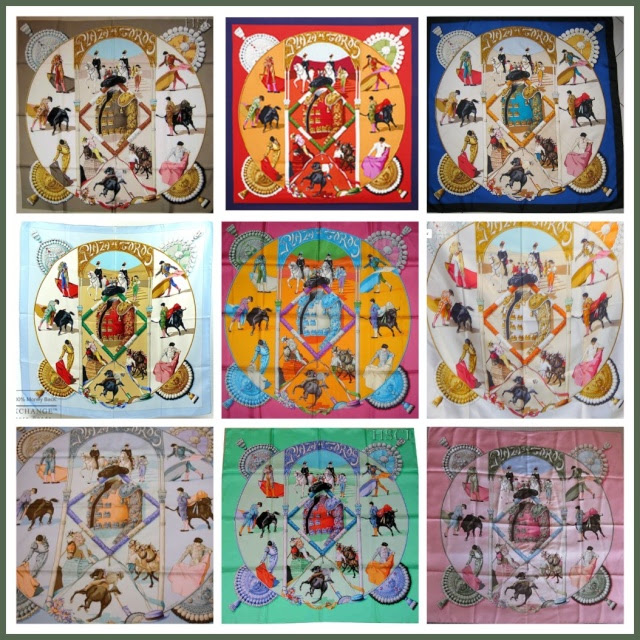