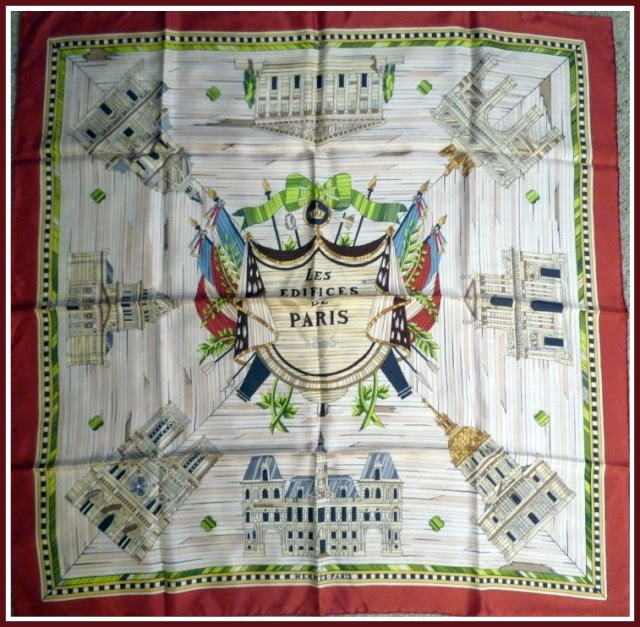 My dear friend Pauillac kindly shared with me several wonderful pictures of her new Hermès treasure, Les Edifices de Paris 1806. Our little community of vintage lovers had a wonderful time trying to discover and label all the distinctive building displayed on this beautiful piece of art.The central motive is a medallion ornate with ribbons, spears and flags with the colors of Paris, blue and red. In the very center we can find the title of the scarf: 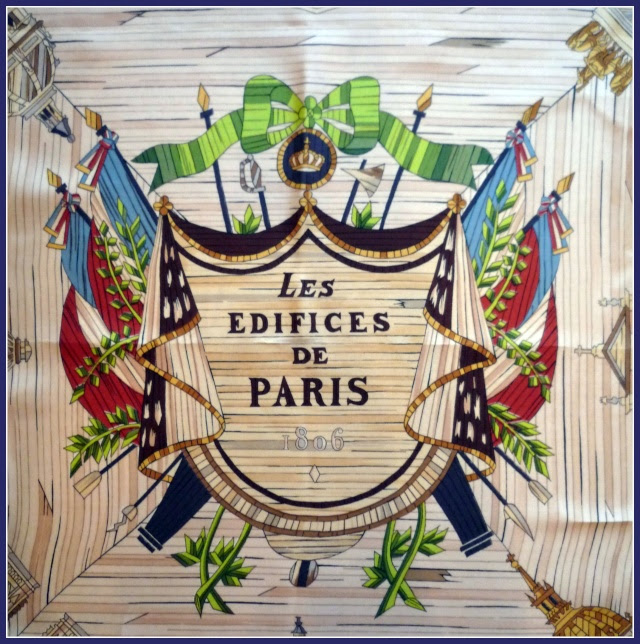 The date, 1806 provides us with the historical framework: The First French Empire led by Napoleon, which was the dominant power of much of continental Europe during the early 19th century.
Beginning at the top center and moving clockwise we can find eight magnificent, historic building of the city of Paris, I have made some little collages with the different designs on the scarf and their corresponding image IRL.
La Madeleine, Madeleine Church, is a Roman Catholic church occupying a commanding position in the 8th arrondissement of Paris. It was designed in its present form as a temple to the glory of Napoleon's army and built in Neo-Classical style, it was inspired by the Maison Carrée at Nîmes, one of the best-preserved of all Roman temples. 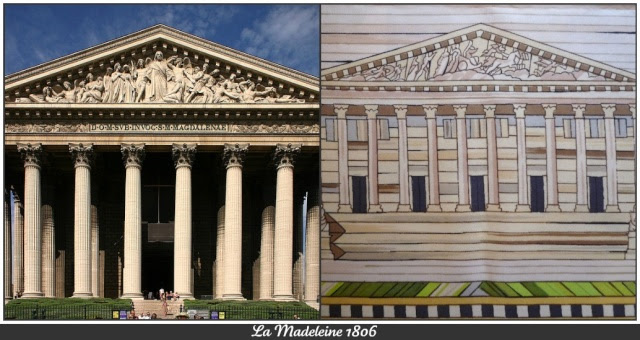 The Arc du Carroussel, was built between 1806 and 1808 to serve as an entrance of honor at the Tuileries, became the dominant feature of the Place du Carrousel. It is a triumphal arch that was commissioned in 1806 to commemorate Napoleon's military victories of the previous year. The more famous Arc de Triomphe de l'Étoile nearby was designed in the same year, but it took thirty years to build, and it is about twice as massive. 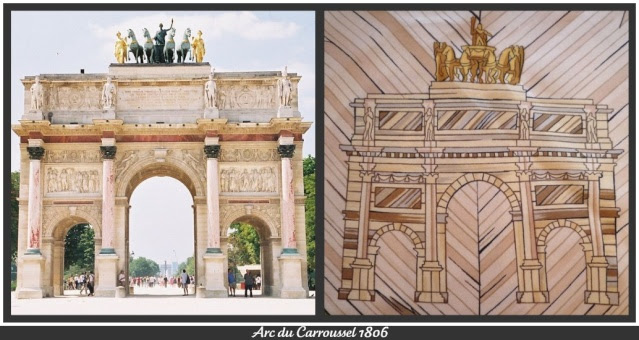 The first stone of the Church of Saint Roch was laid by Louis XIV in 1653 and was finally completed in 1754. At the time of the French Revolution, the church of Saint Roch was at the heart of the action and was itself the scene of many shootings, which have left their imprint on the facade.Notable tombs in the church included those of Denis Diderot, Baron d'Holbach, Marie Anne de Bourbon (daughter of Louis XIV). The church is also notable due to Marquis de Sade's marriage there in 1763. 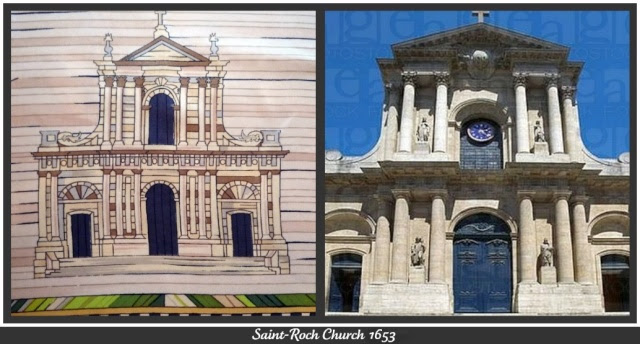 Les Invalides , officially known as L'Hôtel national des Invalides (The National Residence of the Invalids), is a complex of buildings in the 7th arrondissement containing museums and monuments, all relating to the military history of France, as well as a hospital and a retirement home for war veterans, the building's original purpose. The buildings house the Musée de l'Armée, the military museum of the Army of France, the Musée des Plans-Reliefs, and the Musée d'Histoire Contemporaine, as well as the burial site for some of France's war heroes, notably Napoleon Bonaparte 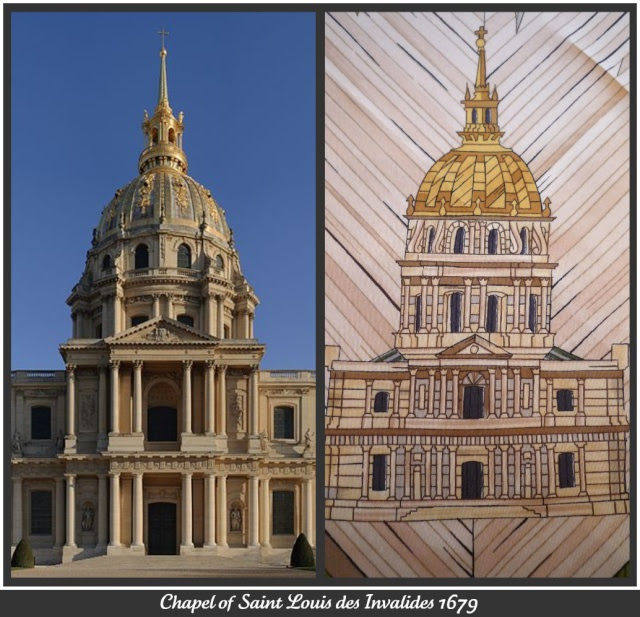 The Hôtel de Ville (French pronunciation: [otɛl də vil], City Hall) is the building housing the City of Paris's administration, it has been the location of the municipality of Paris since 1357. The building was rebuilt in the 1870s in its original French Renaissance style inspired by the Châteaux of the Loire Valley.It was the stage for several famous events during the French Revolution, notably the coup of 9 Thermidor Year II when Robespierre was shot in the jaw and arrested in the Hôtel de Ville with his followers. 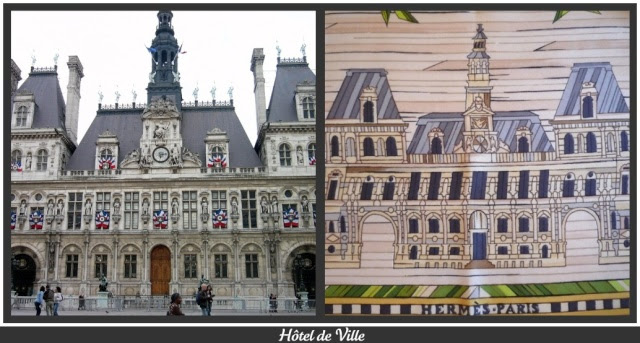 At the left bottom corner of the scarf is the very well-known Notre Dame de Paris also known as Notre Dame Cathedral, it is a Gothic, Catholic cathedral on the eastern half of the Île de la Cité in the fourth arrondissement of Paris. It is the cathedral of the Catholic Archdiocese of Paris: that is, it is the church that contains the cathedra (official chair) of the Archbishop of Paris, The cathedral treasury houses a reliquary with the purported Crown of Thorns.Notre Dame de Paris is widely considered one of the finest examples of French Gothicarchitecture in France and in Europe, and the naturalism of its sculptures and stained glass are in contrast with earlier Romanesque architecture. The first period of construction from 1163 into the 1240's coincided with the musical experiments of the Notre Dame school.The cathedral suffered desecration during the radical phase of the French Revolution in the 1790s, when much of its religious imagery was damaged or destroyed. An extensive restoration returned the cathedral to an 'original' gothic state. 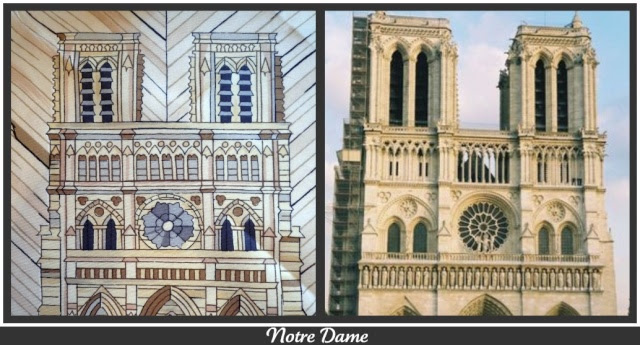 The Panthéon (from Greek Pantheon, meaning "Every god") is a building in the Latin Quarter in Paris looking out over all of Paris. It was originally built as a church dedicated to St. Genevieve and to house the reliquary châsse containing her relics but, after many changes, now it functions as a secular mausoleum containing the remains of distinguished French citizens. It is one of the most important architectural achievements of its time and the first great neoclassical monument. 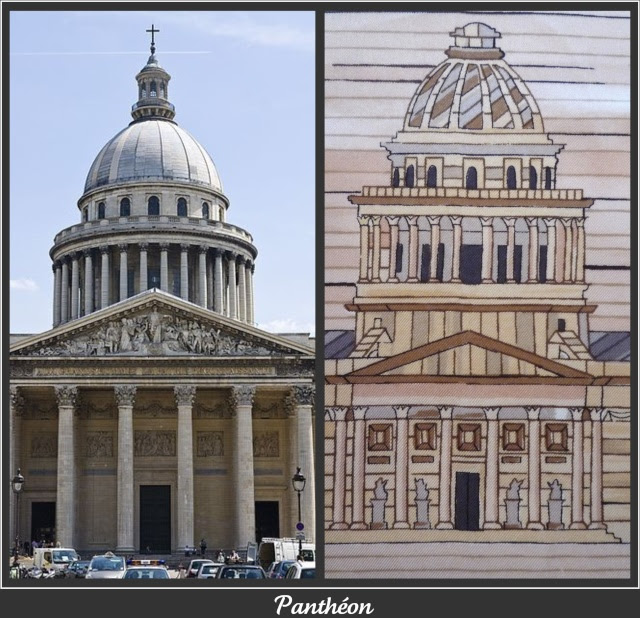 The Sorbonne is an edifice of the Latin Quarter which has been the historical house of the former University of Paris which is often referred to as the Sorbonne or La Sorbonne after the collegiate institution (Collège de Sorbonne) founded about 1257 by Robert de Sorbon. 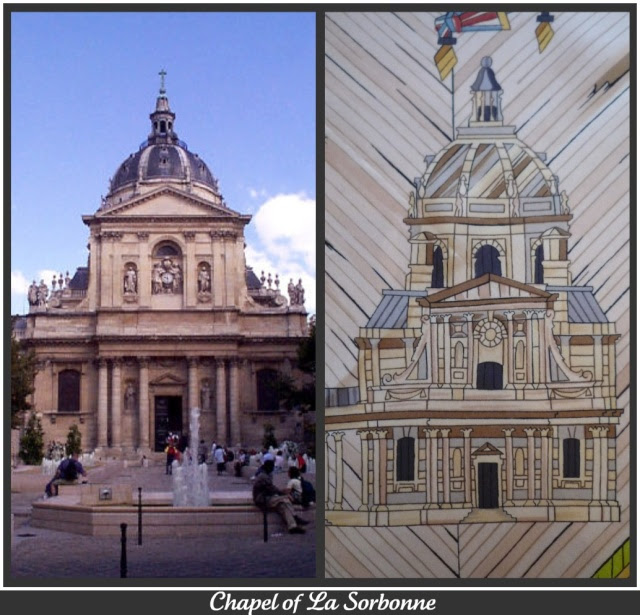 
Many congratulations to dear Pauillac for such an unique master piece! And thank you very much for your contribution to this blog.Let's say au revoir for now with a dreamy sight to the City of lights: