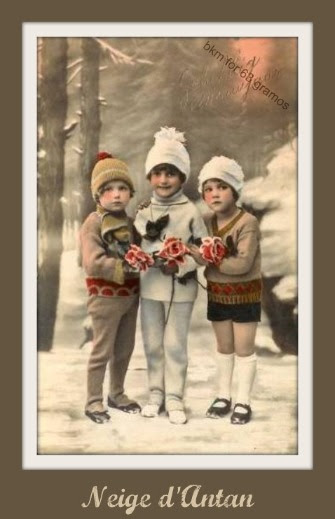 As Christmas is coming, I wanted to welcome the season with the profile of a Christmas themed scarf. There were several scarves which may have fitted this purpose, being the most iconic ones Noel au 24 Faubourg by Dimitri Rybalchenko and Neige d'Antan by Caty Latham, but I finally decided to review the last one as it is a perfect example of vintage Christmas.


I'm posting detail pictures of different color ways, the ice blue one is from 1991 and the black bordered is from 1989 both of them are from my collection, the turquoise and the royal blue ones are from Lanit's collection, thank you dear friend! 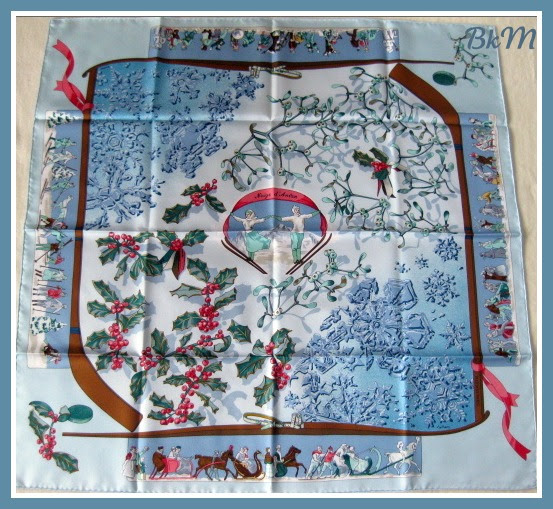 The central motive is set into a square created by two pairs of wooden skis with antique leather bindings and many Christmas symbols, such like holly tree: 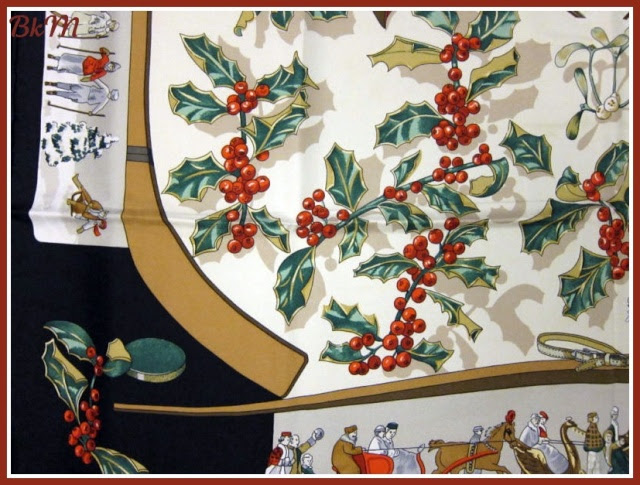 Lovely and meaningful mistletoe: According to ancient Christmas tradition, a man and a woman who meet under a hanging of mistletoe were obliged to kiss. The custom may be of Scandinavian origin. It was described in 1820 by American author Washington Irving in his "The Sketch Book of Geoffrey Crayon":


"The mistletoe is still hung up in farm-houses and kitchens at Christmas, and the young men have the privilege of kissing the girls under it, plucking each time a berry from the bush. When the berries are all plucked the privilege ceases." 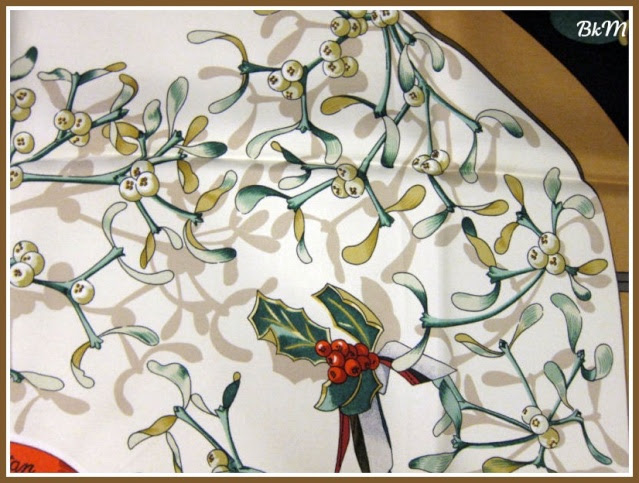 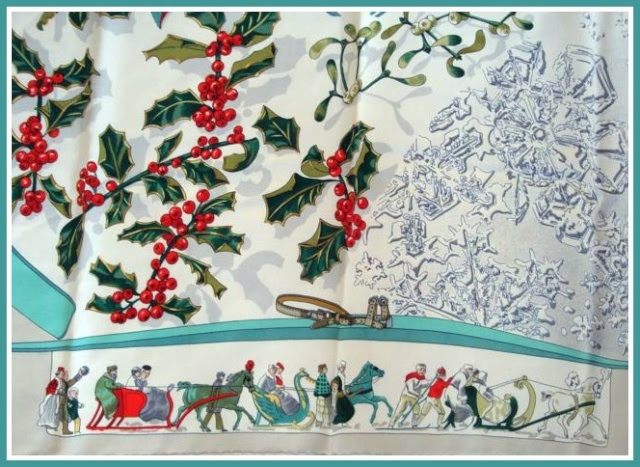 The central image of the scarf presents a couple of Belle Epoque jumping skiers in Chamonix Mont-Blanc, they are holding a red sign with the title of the scarf. The clothes that they are wearing are particularly interesting, just imaging jump skiing with a skirt! 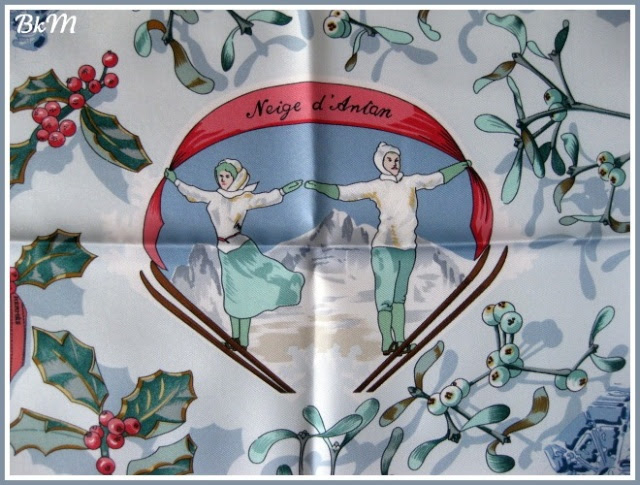 Where did Caty Latham's  inspiration come from for the central motive? Take a look at this poster of Chamonix Mont-Blanc, circa 1900 by Tamagno: 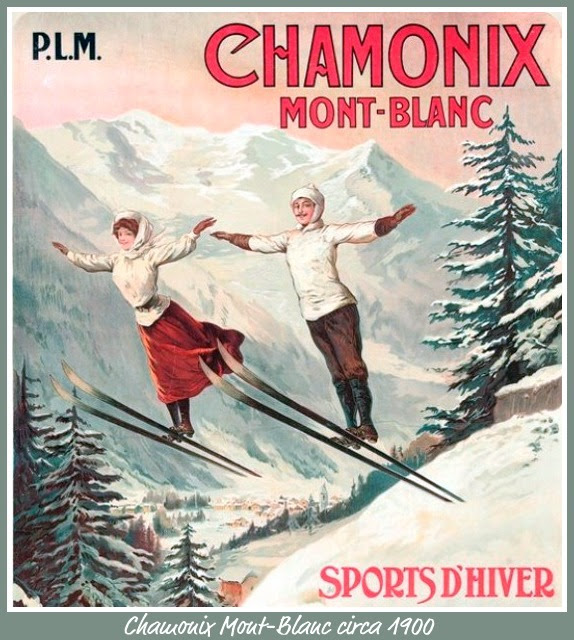 The four borders of the scarf are even more beautiful than the center, they depict charming winter scenes that gives us many hints about how people from 1900s got dressed for winter sports: 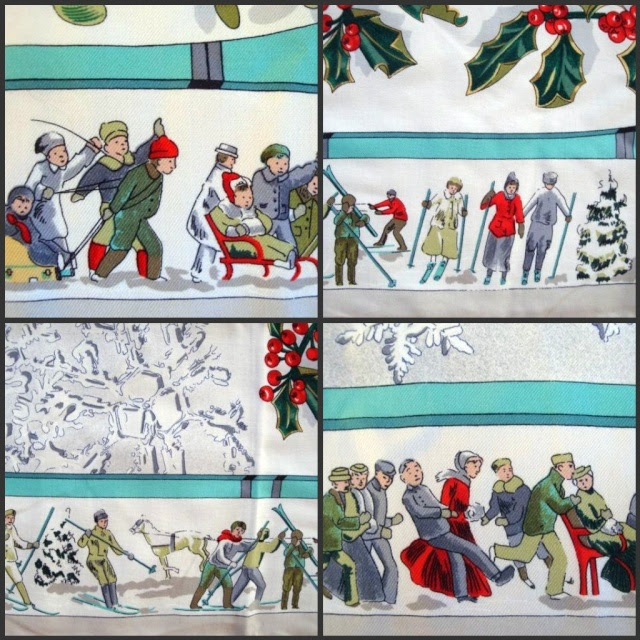 The evolution of ski wear has brought about several new technologies over the last century. When downhill skiing took off as a recreational sport in the early 1900s, women wore wool skirts and men wore riding breeches. In the 40s and 50s, it was common for people to wear garments made from wool or even tweed coats and hats tailored specifically for skiing. In the 1950s, with the onset of downhill ski races, the mountains attracted more people. During the 50s and 60s, skiers wore sweaters and wool coats and women wore thin leggings. Patterns included plaid, argyle and Icelandic prints. Hounds tooth was a popular print in the 70s, as were nylon suits and puffy jackets.
Let me show you the 1900s ski fashion catwalk:

The scarf might take its name from The Ballade des dames du temps jadis ("Ballad of the Ladies of Times Past"), a poem by François Villon which celebrates famous women in history and mythology. Particularly famous is its interrogative refrain, Mais où sont les neiges d'antan? This was translated into English by Rossetti as "Where are the snows of yesteryear?", for which he coined the new word yesteryear to translate Villon's antan. 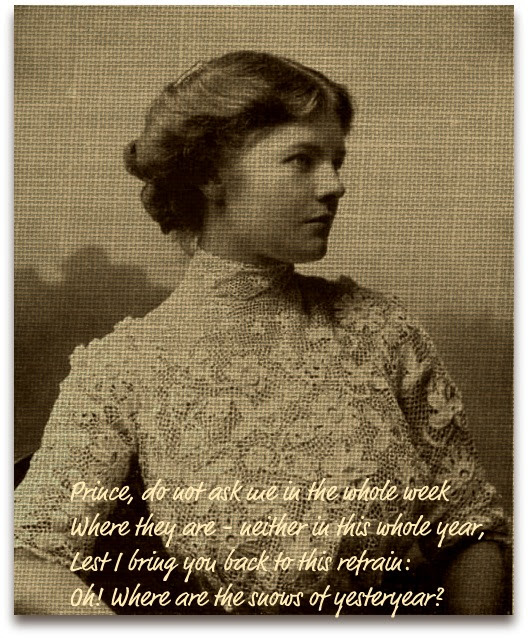 There is something intriguing about the different issues of this scarf regarding the brand name signature, the first issue of 1989 came out without the grave accent and the copyright close to the brand name, while the reissues of 1991 and 2002 had it accented and the copyright is somewhere else.
Although is commonly assumed that all the Hermès scarves have the brand name accented, there are other designs that feature this characteristic (Les Robes by Ledoux in the newest reissues comes now to my mind). 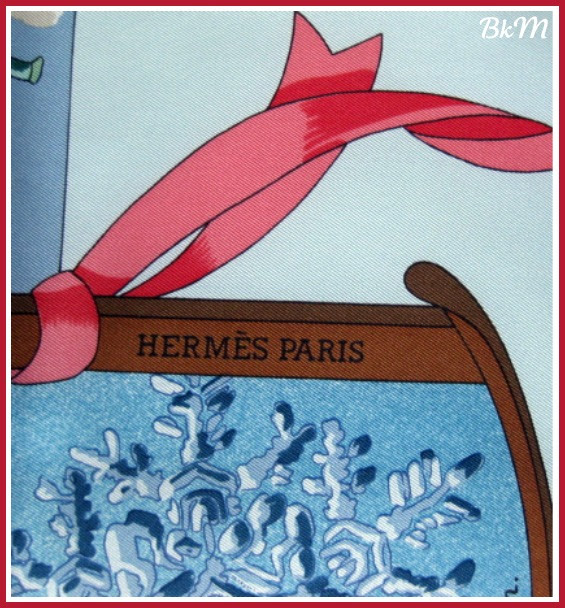 ***********************
Those of you who are closer to me know that Dickens has become a key figure in my life lately, that's why I'd like to end this entry with a quotation from The Pickwick Papers:
"Christmas was close at hand, in all his bluff and hearty honesty; it was the season of hospitality, merriment, and open-heartedness; the old year was preparing, like an ancient philosopher, to call his friends around him, and amidst the sound of feasting and revelry to pass gently and calmly away".
May Christmas spread cheer in your lives! 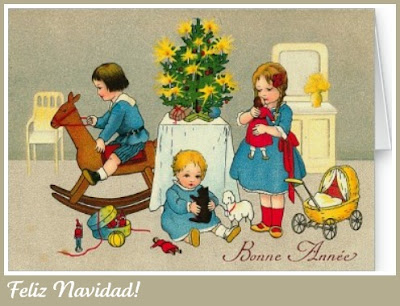 PS: My dear friend Bonnie, emailed me this picture of her beautiful Bonbon "wearing" Neige d'Antan, have you ever seen a chicest dog? Thank you Bonnie and Bonbon! 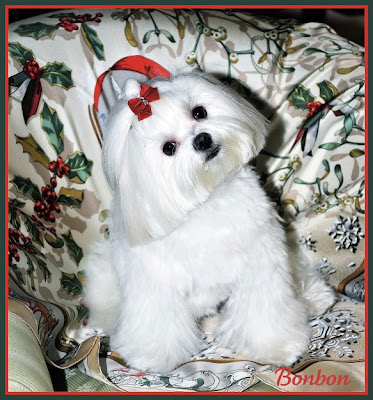